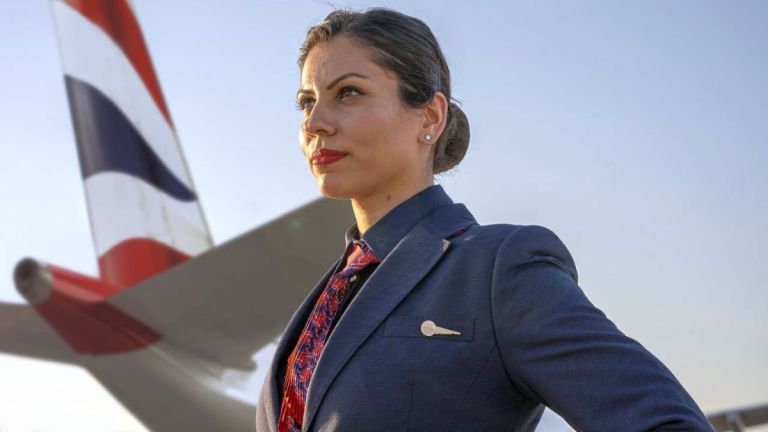 After more than 20 years, IAG member British Airways is equipping its employees with new uniforms. These were designed by the fashion designer and tailor Ozwald Boateng OBE and are to be issued to around 30,000 from spring 2023.

The project has been running since 2018 and included around 50 workshops in which around 1,500 BA employees took part. The aim of the designer was that uniforms WILL be developed according to the demands and needs of the people who work these everyday days. The designer also wanted to make it timeless. After all, the current uniforms have been in use for over 20 years.

“Our uniform is an iconic representation of our brand, something that will take us into the future, representing the best of modern Britain and helping us deliver a great original service to our customers. From the beginning, it’s about our employees. We set out to create a uniform collection that our employees would be proud to wear and with the help of over 1,500 colleagues we are confident we have succeeded,” said BA President Sean Doyle.

The collection includes a tailored three-piece suit for men with regular and slim fit trousers, a dress, skirt and trousers for women, and a contemporary jumpsuit – an airline first. A tunic and hijab variant was also designed for the global airline. The Airwave pattern, which runs throughout the uniform collection including jackets, t-shirts, buttons and ties, was inspired by the movement of air over an airplane wing. The jacquard fabric that runs through all tailored garments features a variation on the airline’s iconic Speedmarque.

To ensure each garment is fit for purpose, the airline has been secretly testing the uniform for the past six months. Cabin and flight crew uniforms were put through their paces on cargo flights across Europe, while engineers clandestinely wore the new uniforms while servicing the planes at Manchester and Cotswold airports. Many of the outdoor clothing items have also been tested under rain showers and in freezers at -18 degrees Celsius to ensure they are water repellent, durable and able to withstand the extreme weather conditions seen recently.

During the tests, colleagues gave feedback on the practicality of the garments, leading to changes made prior to launch. For example, engineers wanted easy-to-access tool pouches for working on airplanes, while ground handlers wanted touchscreen technologies in their gloves, for example, so they could operate their devices in cold weather without having to zeil.

The new British Airways uniforms can be seen in the slideshow.